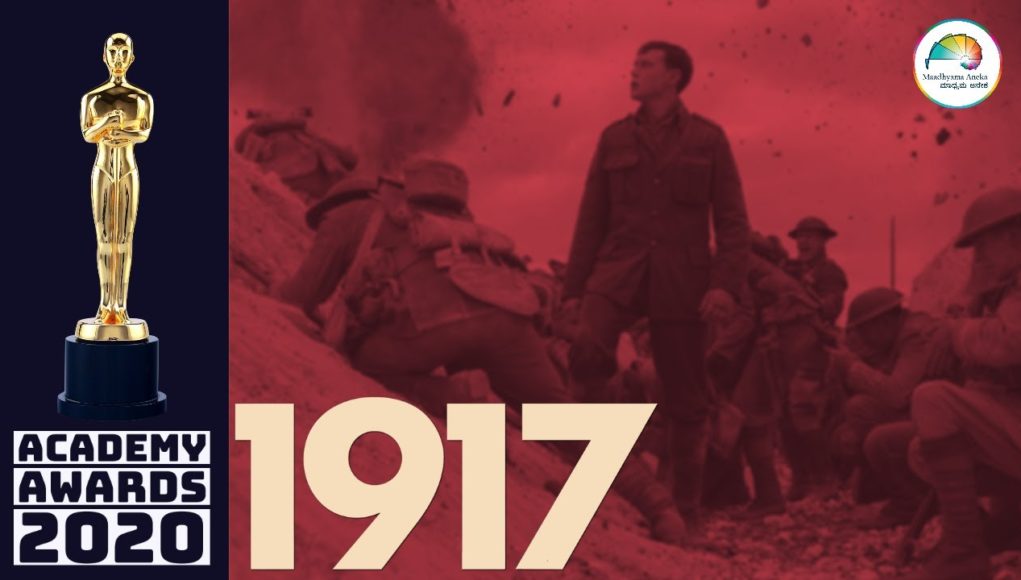 The unnerving exceptional first-person experience of WWI that plunges the viewers into the war trenches.

Directed and produced by Sam Mendes, 1917 is an epic war movie set in World War I. Two young British soldiers Lance Corporals Will Schofield and Tom Blake set off to deliver a message that could save 1,600 of their fellow comrades, during Operation Alberich in 1917. This message is personally important to Blake since his brother Joseph is among the threatened regiment.

Lance Corporals Will Schofield is played by George McKay and Tom Blake by Dean-Charles Chapman.

The ideas for a script, which Mendes co-wrote with Krysty Wilson-Cairns, came from a story told by Mendes’s grandfather, Alfred Mendes. Alfred Mendes, a native a Trinidad was a messenger for the British on the Western Front.

The movie is presented in two shots, one that takes place during the day and one after the sun has gone down.

Filming took place in England and Scotland using long takes and elaborately choreographed moving camera shots to give the effect of one continuous shot. This technique aimed to keep the viewer in a propulsive, at times headlong journey that travels like a live fuse.

1917 is tense, captivating, meticulous, horrifying and stirring – an exceptional achievement in filmmaking.

1917 is nominated for ten categories in Academy Awards 2020: