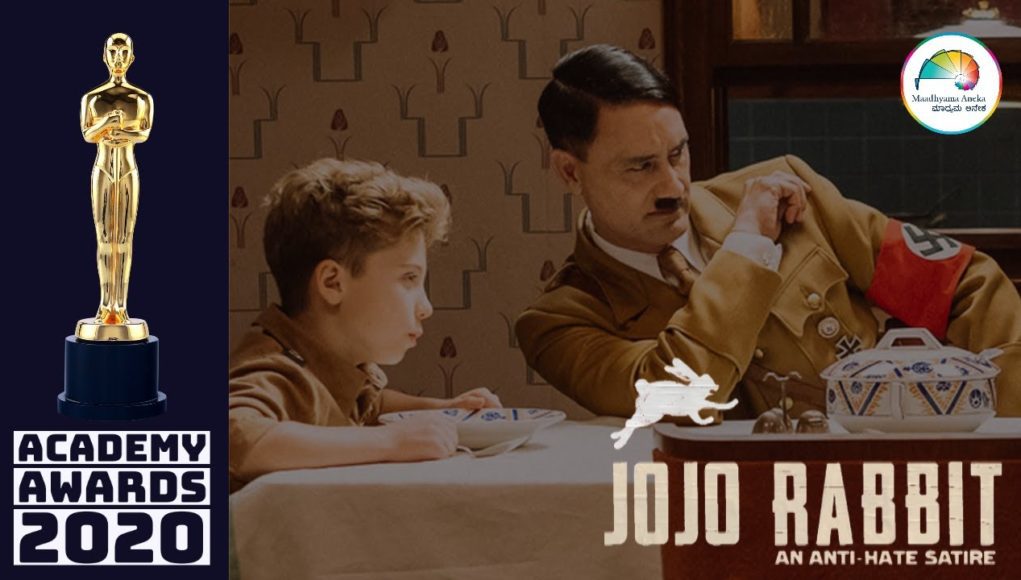 “Jojo Rabbit” is a feel-good film that uses comedy to deliver a powerful message.

Jojo Rabbit is a World War II comedy-drama film that tells the story of Jojo, a 10-year old member of the Hitler Youth Army. The boy hero worships Hitler so much so that he imagines Hitler to be his constant imaginary friend. Jojo is shocked when he discovers his mother Rosie hiding a young Jewish girl, Elsa in their own attic. Ultimately, he is forced to make a choice between love and hate.

The movie is based on Christine Leunen’s book Caging Skies.

Taika Watiti directed and wrote the screenplay. He was keen to make a Second World War film that had a stronger sense of design about it. Since it is a period movie, muted palette, sepia-toned or black white photographic visuals are the highlights of the movie.

Scarlett Johansson effectively plays a single mother who is anti-Nazi.

The movie got positive reviews for the performances, visual style, and production values. But some criticized the comedic portrayal of Nazis.